Born to British parents in the USA in 1927, Thomas Wilson moved to the United Kingdom as an infant and spent all but three years of his life living and working in Scotland. For such a prolific composer – his output includes works in almost every genre, including two operas – Wilson’s representation in the record catalogue is surprisingly sparse. Fortunately, Linn has followed up its recent release of the Third and Fourth symphonies (5/19) with this recording featuring the composer’s Second and Fifth works in the genre.

The Second, consisting of three movements, was completed in 1965 and occasionally reflects the early influences of Berg and Bartók on the composer, the latter particularly apparent in the descending glissandos for timpani that twice appear in the shadowy and pensive second movement. For the most part, however, Wilson’s idiom is a conservative one, the movements finely crafted, sensitively scored and conveying a sense of atmosphere which verges on the cinematic. There’s certainly no want of power in the symphony’s dramatic and propulsive finale.

The Fifth Symphony, Wilson’s final completed work, dates from 1998 and is cast in a single movement lasting just under 30 minutes. Opening with glissando effects on the timpani, much of the work sounds like a development of the Second Symphony’s slow movement, although the orchestral texture is thinner than before, the symphonic waypoints more elusive and the mood more introspective. Occasionally the music rouses itself to a faster tempo, but such passages are short- lived and the symphony eventually fades to silence with a sense of profundity that’s most impressive.

Both works benefit from strongly committed performances by Rory Macdonald and his players. The recording is slightly on the clinical side, but not enough to preclude a strong recommendation for anyone wanting to explore the work of this under-represented composer. 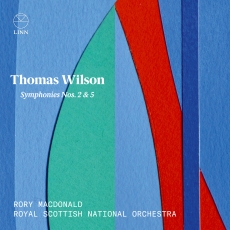 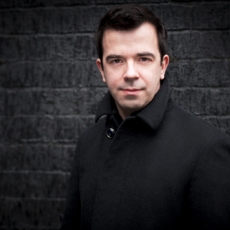