For its first album on Linn, The Marian Consort presents music by Renaissance Portuguese composer and theorist Vicente Lusitano. Although almost forgotten – his surname is unknown; ‘Lusitano’ simply means ‘Portuguese’ – his music deserves the highest accolades. With the effortless voices and trailblazing scholarship of The Marian Consort, Lusitano has found his best champion.

The Marian Consort has built a reputation as ‘brilliant discoverers, and exponents, of rare repertoire’ (The Observer), and this recording promises to shine a light on an unjustly neglected composer. Better known as a theorist in his own lifetime, Vicente Lusitano is also possibly the first mixed-race musician to have a collection of his works published, described as ‘mestizo’, or ‘mixed’, in a posthumous source. Following live performances of works by Lusitano throughout 2020 and 2021, including at the BBC Proms, The Marian Consort will make the first recording dedicated to his music, which exists largely in one collection: the Liber primus epigramatum, published in Rome in 1551.

The Marian Consort has co-commissioned Roderick Williams to write a new work based on Lusitano’s Inviolata, which itself draws on Josquin des Prez’s setting of the same text. This trio of works will be released as an EP in early 2022. Williams’ work will also tour as a sound installation throughout 2022, in partnership with Classical Remix. 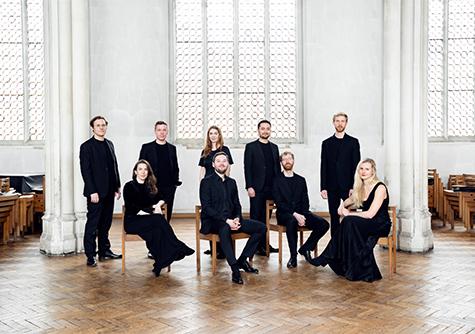