The Reviews Are In!

The Orchestra of the Americas made its Edinburgh debut at the Usher Hall this week performing music by Mexican composer Carlos Chávez and Copland under the baton of conductor Carlo Miguel Prieto. They have recorded this programme for release next year and the reviews certainly makes it a mouth-watering prospect.

“Carlos Chávez’s Sinfonia India uses a set of pre-Hispanic themes from his native Mexico…it’s a lot of fun in its use of chugging cross-rhythms, deftly controlled by the conductor Carlos Miguel Prieto.” The Times

"The orchestra’s overall sound gave colour, character and conviction no matter what they played.” The Scotsman

“Prieto had every section in perfect balance with his precise and rigorous conducting, and the strings…were particularly poised.” The Herald 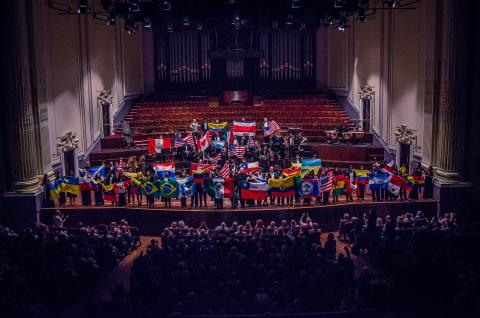 In The Studio: The Orchestra of the Americas

Jorge Federico Osorio joins The Orchestra of the Americas and Carlos Miguel Prieto for a new recording.