In much-recorded pieces such as these, you really have to get everything right to bear comparison with earlier versions. The opening of the G minor Ballade in Vinnitskaya’s hands tells you that she is one of those players who will milk everything with earnest intensity – and by page 2 she had me reaching for my score (not always a good sign). The filigree semiquavers in bar 33 – a nonchalant gesture in Cortot’s hands, for instance – are considered and weighty, the succeeding bars awash in pedal. Vinnitskaya, like so many other talented pianists of her generation, can’t help fussy point-making. And why the stop/start phrasing of the final presto con fuoco section, like an athlete who isn’t sure whether to run at top speed or teasingly hold back to give the others a chance? Why does the music simply stop between the alternating piano and forte bars at the end, as though the story is over? Vinnitskaya’s interpretation of quaver-and-crotchet rests is one with which neither (at random) Perahia, Argerich, Wild nor Cortot agree.

Ballade No 2 is altogether more successful, the opening lullaby soothingly and songfully rendered, making Vinnitskaya’s ferocious attack of the tempestuous passage that so brutally destroys the idyll all the more dramatic. It will make you jump out of your skin. I should have liked greater clarity in the final pages but the storytelling here is vivid and convincing (‘But yet the pity of it … O, the pity of it’). The A flat Ballade is likewise masterfully shaped and phrased – the climax is very well judged – but there are times, especially in the central C sharp minor episode, where it is not clear to which voice Vinnitskaya gives priority. Best of the four is the F minor with, again, a strong narrative conviction. There is a spontaneity and electricity about this performance that is compelling (the stretto before the eight pianissimo sostenuto bars that lead to the coda is cleverly handled).

The four Impromptus are finely done, albeit without the individual touches that I admired so much recently from Ruth Slenczynska in the late 1950s (3/21). In brief, with a notably good booklet and recorded sound (Friedrich-Ebert-Halle, Hamburg), Vinnitskaya’s Chopin is well worth a listen but, my goodness, the competition is fierce. 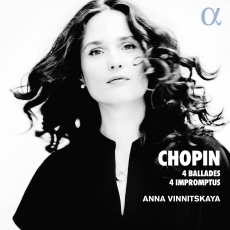 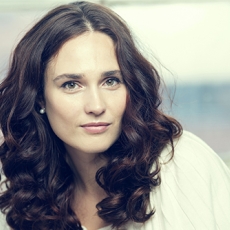