The Hamburg poet Barthold Heinrich Brockes’s passion oratorio Der für die Sünde der Welt gemarterte und sterbende Jesus, more conveniently known as Brockes-Passion, was first published in 1712. Possibly written for Reinhold Keiser, who set the text for Easter that year, in succeeding years it was taken up by some of the most notable German composers of the day, including Telemann (1716), Mattheson (1718), Fasch (date unknown) and Stölzel (1725). Handel’s setting, of which the autograph is lost, is strikingly lacking documentation, neither the date nor purpose of its composition being known. It is usually tentatively assigned to c1716, a year in which Handel made a return visit to his native country, but the first record of it being performed comes only three years later when it was given in Hamburg in the spring of 1719, on 3 April according to David Vickers’s notes, but 23 March according to Christopher Hogwood’s monograph on Handel.

Brockes’s text is a free paraphrase on Jesus’s passion drawn from the gospels but, as its full title suggests, infused with strong Pietist sentiment. It has three principal solo roles: soprano (Daughter of Zion), tenor (Evangelist) and bass (Jesus), in addition to which there are smaller parts for an allegorical Faithful Soul, Peter, Pilate and other figures familiar from the dramatic events. In keeping with more familiar gospel settings, the narrative is carried forward by recitative, with arias that complement the drama or comment on it. Mostly brief and syllabic – there is relatively little bravura writing – these arias are generally either through-composed or strophic in the German manner, but a number adopt Italianate da capo form. A surprising aspect is the comparatively small role given to the chorus, restricted largely to its role in the drama or an occasional chorale. Most modern commentators have tended to be less than complimentary about Brockes’s text. Indeed some of the more lurid or fanciful verse holds little appeal today, such passages as the recitative castigating the crown of thorns for its cruelty – ‘Foolhardy thorns, barbaric spikes! Wild murderous thicket, desist!’ – more likely to raise a smile than empathy. But it is of its day; more curious are dramatic weaknesses that depart from the narrative for substantial stretches to comment and observe, the long sequence of aria-recit-aria-recit-aria, for the Daughter of Zion that includes the words just quoted not advancing the story in any sense. Then there is the mystery of the missing Jesus, who having played a full role in the first half disappears entirely in the second with the exception of a pair of brief duets, the first with the Daughter, the second with his mother Mary, the poignant final words from the cross assigned to the Evangelist.

Although it – needless to say – includes some splendid music, this strange, dramatically weak book did not inspire Handel to the full extent of his powers, although he did find sufficient in it to reuse a substantial amount of music in the later oratorios Esther and Deborah. But it is probably best summed up by Handel expert Winton Dean in his seminal study on the dramatic oratorios: ‘In the Brockes-Passion Handel comes nearest to challenging Bach, and retires discomforted’.

Arcangelo’s performance is a mixed blessing. On the credit side is the scale of the performance, with a small orchestra and vocal ensemble of two voices per part. That is much what we might have expected to find in a Hamburg performance in 1719. There is also the intrinsic quality of the singing and playing, both of which are outstanding. Give or take the usual caveats about some unconvincing ornamentation (or lack of it altogether; you’ll hear one vocal trill throughout the performance), the three main soloists are splendid. The beautifully sustained lines of Sandrine Piau’s cantabile in the more reflective arias gives special pleasure, while the rich nobility of Konstantin Krimmel’s Jesus is scarcely less memorable. The vocal ensemble, from which the well-delineated smaller roles are drawn, includes such notable names as sopranos Mhairi Lawson and Mary Bevan and is also excellent in the choruses. 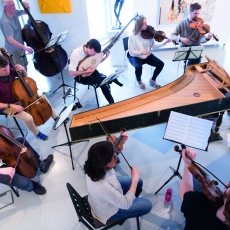 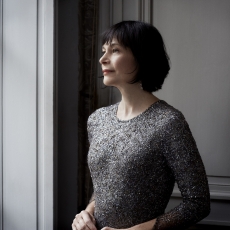