Sigismondo d’India was a young Italian composer at the explosively creative dawn of the 17th century, the time of Gesualdo, Frescobaldi, Monteverdi and Caccini. With opera barely in its infancy, d’India was a master of what was then the primary progressive form of vocal expression: intimate chamber madrigals for one or two voices and a few instruments at most.

To set the texts — largely secular poems — with luminous clarity and to shape the music to the mood were the main goals, which d’India achieved with unexpected harmonies and startling evocations of emotional extremity. Listen, on this superb album of aching, elegant melancholy from Leonardo García Alarcón and his Cappella Mediterranea, to the shocking curt chords that accompany “Mentre che’l cor,” an intense depiction of a heart being ravaged by worms and flames, the organ exhaling eerie stillness. The sudden shift to the sprightly next track, “Pallidetta qual viola,” gives a concise index of d’India’s range. In “Io viddi in terra angelici costumi,” a setting of Petrarch, both piece and performance achieve hypnotic heights.

Joined by four other players and the sopranos Mariana Flores and Julie Roset — alternately feather-soft and piercingly strong — Alarcón offers 90 minutes of d’India, anchored by two grand laments from abandoned women, Virgil’s Dido and Ariosto’s Olympia. But even if the other works here are without named characters, they lack nothing in vividness of characterization. 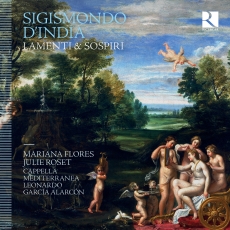 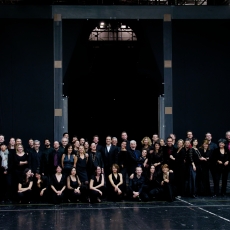