In a quest for novelty, the Dunedin Consort gave us a rarely performed reconstruction of the score heard at the work's 1742 Dublin premiere. It was a strange experience. A couple of the soprano arias were recast for the mellow tones of the alto, contrasting dramatically with the jubilant choruses, and there were only 12 singers in total. Not a Messiah, then, of much heft or grandeur, but one that scores high on flexibility. Rarely does the text come across with so much nuance.

Admittedly, that had as much to do with the musicians as with the material itself. This Scottish period ensemble, after all, trots out Handel's warhorse every Christmas, and still somehow manages to keep it sounding fresh. Here was a group performance perfectly poised between exuberance and sobriety, ritual and spontaneity, with daring lapses into silence that lent the words extra weight. Above all, it was a performance in which clichés had no place: the inward-looking take on the "Hallelujah" chorus came as a real surprise.

Throughout, John Butt directed stylishly from the harpsichord, drawing spruce playing from the orchestra. Not all the soloists were equally enthralling: Meg Bragle and Esther Brazil made rather timid work of the alto parts.

In Edward Grint and Robert Davies, however, Butt has found two handsome basses, and in Joanne Lunn, a ravishing soprano. Hers is a voice like spun gold, and a face full of conviction, perfect for the hushed wonder of a line such as "I know that my Redeemer liveth". She wholeheartedly embraced every word. 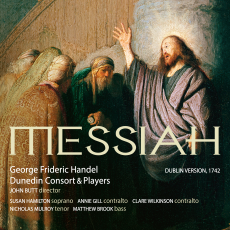 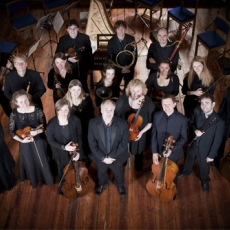