The backdrop of the club's bandstand still has the 50th Anniversary logo emblazoned: "Ronnie Scott's - presenting the finest jazz since 1959." In a jazz club which seeks to entertain such a diverse range of clientele, each listener can have their own idea of what the "finest jazz" is and what constitutes a hit or a miss. For me, Gill Manly's Nina Simone Songbook was a definite hit.

The evening got off to a superb start with Sam Mayne fronting the Ronnie Scott's All Stars - this evening featuring Leon Greening on piano, Sam Burgess on bass and Chris Dagley on drums. I was particularly struck by the haunting melodic line of Jobim's Inútil Paisagem / If you never come to me - an ethereal alto over a lilting bossa.

Then came Gill Manly. Fiercely launching into ‘Mood Indigo,' this told the audience one thing: "I mean business!" She immediately demonstrated her massive range and the incredible drama that she brings to her delivery. She is a great singer - capable of singing with a catalogue of emotions in just an 8-bar phrase. This was a tribute - of sorts. Much of the repertoire was drawn from Nina Simone's 1984 album "Live at Ronnie Scott's." We had brief bursts of recordings from interviews with Simone, and Gill was also working with Nina's last drummer, Paul Robinson.

Gill and her band worked hard. 15 songs in the first set, only to take a break for an hour and do the whole lot again. Simon Wallace on piano, who had done many of the arrangements, duetted sensitively with Gill's vocal line. Each song was executed finely, but there were a few that stood out for me: Little Girl Blue was poignant and powerful; Mississippi Goddam had a haunting message; You'd be so nice to come home to featured Gill's inner-instrument by way of a well-crafted scat; and the magic of I loves you Porgy was brilliantly quiet, captivating and with an emotional aching. This was the performance which generated the biggest applause.

Gill has had an interesting life, from being a jazz singer to discovering Mahayana Buddhism, to running a café in South London. All this to return to recording and performing after the realisation that jazz was her greatest love.

Anyone expecting a Nina Simone carbon copy from Gill Manly would have been disappointed - Gill doesn't sound like Nina, nor does she play the piano, nor does she replicate the same assortment of styles for which Simone was famed.

Be all that as it may, there is only one possible closer for a Nina Simone tribute. And Gill took care to introduce it with the same words that Nina had done 25 years ago in the very same room "I think this is what you've all been waiting for..."

So the opening chords "My baby just cares for me," were greeted by the audience with the laughter, the applause, and the pleasure of expectations being happily fulfilled. Gill Manly's tribute to Nina Simone was an evening of hip, swinging, and very, very cool singing. More, please! 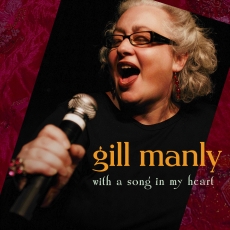 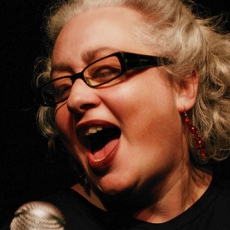