A note in the booklet by these Belgian artists – still in their twenties – says that their duo partnership has developed from the transformative experience of periodically coming together to give cycles of the Beethoven sonatas, reunions which have begun ‘to structure our lives’. They offer this recording of three works ‘as a snapshot rather than an absolute statement’, conscious of regarding playing Beethoven as a lifetime’s work. I like that and wasn’t surprised to learn that the pianist, Julien Libeer, has been mentored by Maria João Pires.

He and Lorenzo Gatto cover the ground like thoroughbreds, with exemplary virtuosity. There are no big slow movements and many astonishingly quick ones where lightness predominates, allied to intensity. This is an intelligent selection and ordering, the Kreutzer Sonata placed first followed by the terse one in A minor, Op 23, whose Presto finale often seems close to what Beethoven was attempting with a freer treatment of the piano part in the first movement of the later piece. The earlier A major Sonata from Op 12, coming last here, sounds no less characteristic.

In sum, an alert and personable recital which I enjoyed a lot. The recorded balance is exactly right for duo sonatas which are driven by the pianist without an expectation that the violinist should sound at all subservient. There is some momentary distortion of the picture at moments of sudden emphasis or changes of sonority – from pedalling perhaps, or undamped resonances of the stage flooring?

Gatto is not a shrinking violet but I did wish that his tone had more of a speaking quality, especially in the ornate variations of the second movement of the Kreutzer, with the contrasts of normal bowing and pizzicato in Var 4. A perplexed contemporary complained of the strangeness: ‘We do not yet have anything that has stretched the limits of this genre so far and then has so truly occupied them.’ I recall how every detail on the first LP recording of the Kreutzer I possessed, by David Oistrakh and Lev Oborin (Philips, 5/63), was made to register, even the accompanimental ones, with the violinist assuming throughout a role comparable to that of the soloist in a concerto. That was Beethoven’s expressed intention, and it’s not always realised here. 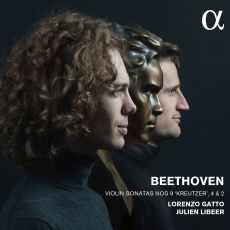 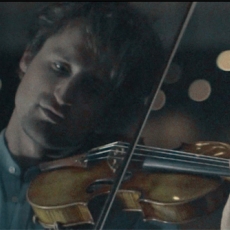