Apple's music download service, iTunes, has put together its own list of 30 must-own classical albums as part of its "Essentials" campaign.

The albums were chosen by iTunes's editorial team and are aimed at both classical enthusiasts and novices. The list is made up of modern performances of works by some of the world's most acclaimed composers, including Rachmaninov, Bizet, Wagner and Philip Glass. Each of the performances has been digitally Mastered for iTunes (MFiT) and comes with a digital booklet with liner notes.

This follows the launch of the Telegraph's own top 50 classical pieces, chosen by music critic Ivan Hewett, who admits the task of narrowing down the best classical pieces is a tricky one.

"Anything that brings the great classical music tradition to people's attention has to be a good thing, so I welcome this list," he says. "In terms of quality the pieces on this list are just fine; they're nearly all copper-bottomed masterpieces. But why so few surprises? It's pretty much the same masterpieces that we've seen on every other classical compilation. That's potentially a problem because even the greatest piece can get worn out from over-use. There are tens of thousands of pieces out there, many of them masterpieces, just waiting to be discovered." 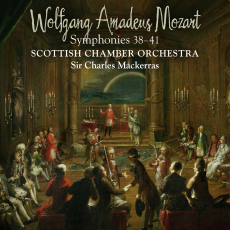