I never learned anything from Haydn’, claimed Beethoven about his erstwhile composition teacher, yet Olivier Cavé’s programme, interspersing sonatas by the young Beethoven and mature Haydn, indicates otherwise. In the opening Allegro of Beethoven’s first sonata (Op 2 No 1), the Swiss pianist’s firm, slightly sec approach might be described as Wilhelm Kempff at twice the speed. The Adagio stands out for Cavé’s well-schooled finger legato, although one misses the breathing room and tender cantabiles of Richard Goode’s similarly paced traversal. Cavé rightly feels the Menuetto in a brisk, lilting ‘one’ (notice those deliciously rounded left-hand staccatos), yet holds himself back in the explosive Prestissimo finale.

However, Cavé’s textural transparency and incisive phrasing delightfully play up the scampering storyline in Op 2 No 2’s first and third movements. To my ears, his détaché articulation of the Largo appassionato’s bass lines border on exaggeration but his graceful handling of the Rondo finale happily avoids the swan-dive that others habitually graft on to the descending minor sixth at the end of the main theme’s opening phrase. Many pianists contain Op 10 No 2’s first movement within cameo-like dimensions, in contrast to Cavé’s full-bodied sonority and wide dynamic range. Also note Cavé leaning into the diminished chords in his fluent and long-lined Allegretto. But the pianist’s square and thick Presto finale is anticlimactic and falls short of Goode’s playful contrapuntal awareness or the late Seymour Lipkin’s rhythmic drive (his Beethoven cycle on Newport Classics deserves wider recognition).

Cavé’s Haydn proves more consistently engaging. Although he keeps a fast and tight hold around the C major Sonata’s Andante con espressione, there’s enough nuance and character to compensate. The Rondo exudes crispness and wit in Cavé’s accomplished fingers, albeit not to Marc-André Hamelin’s rarefied standards. No qualifications concerning Cavé’s stylish rectitude and insightful intensifying of details throughout the B minor Sonata, from the Allegro development section’s strong left-hand presence to the sparklingly dovetailed interaction and alignment between the hands in the Rondo. In sum, the Beethoven selections contain more than enough points of interest but you’ll mainly want this disc for the Haydn. 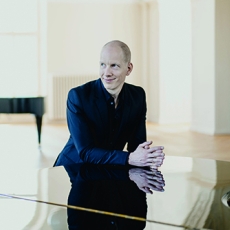