It was after hearing Saint-Saëns’s Septet, whose unusual casting includes a trumpet, that Debussy had the notion of writing a series of six chamber sonatas. His idea was that the sixth sonata should combine the instrumentation of the previous five into a sort of concerto, ‘with the gracious assistance of the double bass’. Debussy died after completing only three of them – denying us sonatas for oboe, horn and harpsichord, and trumpet, clarinet, bassoon and piano. Two of the sonatas are conventional enough – violin and cello sonatas, each accompanied by the piano – but the third introduced the delectable marriage of flute, viola and harp, a combination conjuring up all sorts of pastoral and mythological imagery, notably nymphs after the association with Debussy’s Syrinx for solo flute, composed two years before the sonata.

For their debut album, available for streaming and download only, the appropriately named Pelléas Ensemble take Debussy’s Sonata as their starting point. The title, ‘Nature and the Imagination’, alludes to a quote by Debussy himself, in a 1902 article entitled ‘Why I wrote Pelléas’ in La revue blanche: ‘Music … is limited not to a more or less exact reproduction of nature, but to the mysterious correspondences between Nature and the Imagination.’

Debussy’s Sonata is given a fine reading, listeners up close and personal thanks to Linn’s close microphone placement in Low Farm Barn, Laxfield, Suffolk. This exaggerates the breathiness of Henry Roberts’s flute and the gruffness of Luba Tunnicliffe’s viola (and the glassy sul ponticello where the score requests), giving it an intense, sometimes earthy atmosphere where other recordings prefer a gauzier distance. Oliver Wass (harp) is a sympathetic partner, although the opening of the finale lacks Tunnicliffe’s aggression. But there are suitably tender moments, too, notably the Interlude second movement.

Three transcriptions of Rameau are a nice nod to Debussy’s interest in the French Baroque but it’s the 15-minute sonata by Richard Rodney Bennett that’s most noteworthy. Bennett wrote a number of works taking Debussy’s Syrinx as their inspiration (there’s one for oboe and piano, another for marimba). The Sonata after Syrinx was composed in 1985 for The Nash Ensemble, dedicated to Amelia Freedman. It takes direct quotes from the Debussy solo, itself given a languorous performance by Roberts, weaving them deftly between the trio of instruments. The Pelléas Ensemble give a most persuasive account. It’s a work I’d very much like to see programmed in recitals.

Apart from the Debussy, the other notable work for flute, viola and harp is the single-movement Elegiac Trio by Arnold Bax, beautifully played here, and the Pelléas also add a new work by Benjamin Graves, a sparky, spiky Scherzo written specifically for the trio, and a pair of Gershwin lollipops to close a pleasing, well-programmed album. Programme notes would have made a helpful addition. 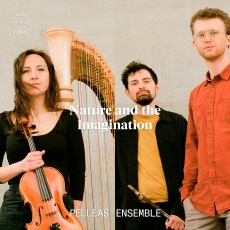 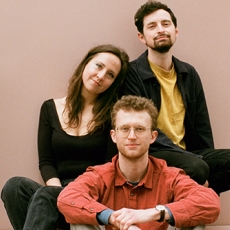