The ensemble combined original instruments with modern copies constructed to emulate the sound of 18th century instruments. The harpsichord is a double manual instrument built by Ian Tucker, after Ruckers/Hemisch. Its pitch; A=415 H, in contrast to the harpsichord played by Richard Egarr, where A=409 HZ. The recording venue was St. George's Church, Chesterton, England.

I own several versions of Bach's concerti. This performance was unique in two respects. First, the ensemble was much smaller, consisting of five string instruments and harpsichord. Second, there was frequent ornamentation and improvisation-especially from the harpsichord and first violin. Stylistically, it is different from the recordings of this piece in my CD collection. I perceived a mid to rear hall perspective. Perhaps this is advantageous, because the combination of a church and greater perceived distance from a listener makes period instruments more palatable to the ear. In fact, the sound of the string instruments presented sufficient cues to recognize 18th century instruments, without any thinness in the treble. The strings were fleshed out and had a balanced frequency response. Obviously the upright bass provided the necessary foundation to the other string instruments whose range was probably midrange/treble, to achieve the aforementioned balanced frequency response.

The string instruments were in front of the harpsichord, which was slightly behind them. At no time did the strings drown out, over power or obscure the harpsichord. The sound of the harpsichord was very articulate. Perhaps, recording venue, instrument and microphone were responsible for such a result. Even though the harpsichord was in the background, again, one could observe a sense of space and depth of the harpsichord relative to the strings. The combination of high ceilings and distant perspective, created a smooth and enjoyable experience. Often, period instrument ensembles sound clinical and austere. However, I give credit to the recording engineer for the creation of a very pleasant sound and the communication of the enjoyment I sensed from the musicians playing this concerto. 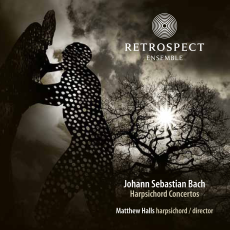 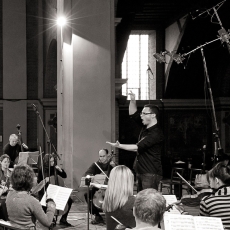