Reverso, a chamber jazz unit co-led by American trombonist Ryan Keberle and French pianist Frank Woeste, is driven by cultural exchange and built on the bidirectional relationship between classical music and jazz. On the group’s debut, Suite Ravel (Phonoart/ Alternate Side, 2018) a quartet, with cellist Vincent Courtois and drummer Jeff Ballard, delivered a program of classically- inspired pieces drawing on the work of jazz-influenced composer Maurice Ravel. On this followup the same band sans Ballard takes cues from Les Six: the group of French composers Darius Milhaud, Francis Poulenc, Arthur Honegger, Georges Auric, Louis Durey and Germaine Tailleferre. Woeste, taking a particular interest in the emotional and technical aspects behind Milhaud’s Saudades do Brasil, Op. 67 (1920), captures and emphasizes a state of longing in his five compositional contributions. “Blue Feather”, with its playful syncopation and handclaps, piano grounding, attractive trombone lines and rich arco cello work and “Montparnasse”, presenting somewhat stark suggestions and shapes, each highlight that angle while playing as opposite sides of the same coin. Keberle, delivering four numbers of his own, was taken by the music of Tailleferre, the lone female. Often overlooked in the mists of history, her work over the course of 70 years showed tremendous breadth and depth of feeling. Keberle-crafted originals like “Exemplar”, marrying dawning sentiments and an air of uncertainty, “Up North”, both hopeful and inviting, and “Major Jack”, tapping into the oddly sympathetic pairing of promise and anxiety, all underscore that point. While Ballard’s absence removes an instrument of thrust and specific elements of color, the focus on a trio shows gains in space and subtlety. This is essentially a slightly different context housing a similar subject and it works like a charm. Complementing what came before it, The Melodic Line extends on unique relationships, both stylistic and personal, in remarkable ways. 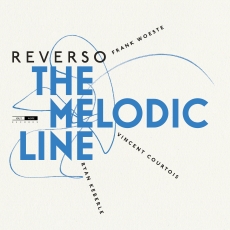 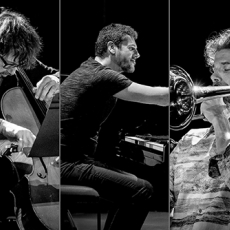