The American composer Robert Beaser has the happy knack of writing orchestrally yet idiomatically for solo classical guitar. Just listen to the rippling, toccata-like figurations, driving Latin rhythms and colourful, often highly percussive sonorities of Notes on a Southern Sky. Composed for longtime friend Eliot Fisk in 1980 and revised for this premiere recording, it strives to overcome the very limitations it celebrates. But maybe that’s indicative of any art that, like Beaser’s, celebrates our flawed humanity?

Two other works on this disc are orchestral; they too receive their first recordings. Ground O is a moving tribute to the victims of 9/11. Evening Prayer was written for the Boston Youth Symphony Orchestra and takes as its starting point the folk song ‘Esti dal’ as published by Kodály in his Choruses for Mixed Voices. The Guitar Concerto, written for Fisk in 2010, also draws its inspiration from folk material – flamenco and bluegrass – as well as the music of the Baroque.

Beaser is an exponent of so-called New Tonalism. He also originally trained as a percussionist. Together with a propensity for motivic development as a unifying principle, these facts make his music accessible, emotionally direct and exciting. All four works have those qualities in abundance. But they are most pronounced in the Guitar Concerto, a thrilling, expansive composition brimming with terrific ideas. Performed here with Fisk’s fearless virtuosity and a clearly inspired RSNO conducted by Beaser advocate Serebrier, it is unquestionably, like Stephen Goss’s Guitar Concerto, an important contemporary contribution to the genre. 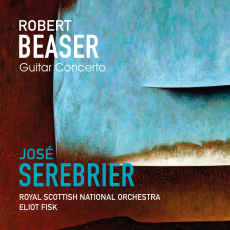 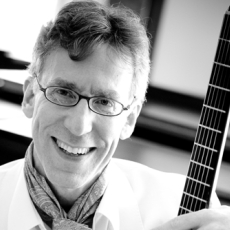 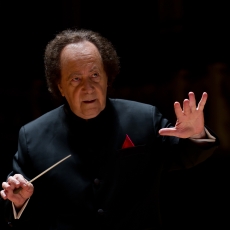