This is one terrific disc. For anyone who has ever mistakenly regarded the First Symphony as the romantic, Tchaikovsky-infused precursor to a more elusive, challenging, fully formed Sibelius, the young and exciting Finn Santtu-Matias Rouvali is out to disavow you. The piece you thought you knew well is suddenly so unexpected. Even the course of that desolate clarinet solo at the outset is unsettled by the significance Rouvali places on the tiny crescendo in the timpani partway through this remote plaint. A distant thunder in a bleak landscape.

Everything about this performance is clearly, startlingly defined. A penetrating ear is held to the score so that things like the approach to the development climax with woodwinds eerily swirling across each page are thrown into such sharp relief as to uncover strange and exciting dimensions to the harmony. Rarely were the bass lines so dramatically delineated. This music comes up through the bass lines. The shift of chords in the final bars of this first movement pre-echo the conclusion of the Seventh Symphony, the dying pizzicato with barely the strength to speak.

The Gothenberg Symphony have rarely sounded more committed, the string-playing possessed of tremendous conviction in the opening pages of the second movement. I also wonder if the Trio of the Scherzo has ever sounded more obliquely mysterious given the robust certainty of what frames it. Then the intrigue of the finale’s opening paragraph and the arrival of that big tune replete with longing. Its return in the wake of the tempest-tossed main Allegro (fizzing with excitement) is as refulgent as it is expansive.

So I doubt there’s a more gripping account of the symphony currently to be found – and it comes in tandem with an equally impressive reading of the 19-minute epic that is En saga. Its folkloric primitivism has therapeutic implications: the composer thought it revealed more of his inner self than anything he had written and Rouvali does indeed project its shifting narrative (its stream of consciousness, if you like) with an almost hallucinogenic vividness. States of mind indeed.

There is also, it should be noted, a satisfying symmetry to the coupling, the disc beginning and ending with an elusively poetic clarinet solo. Urban Claesson take a bow. 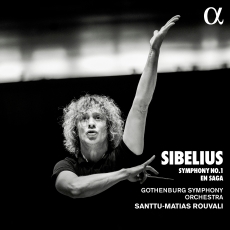 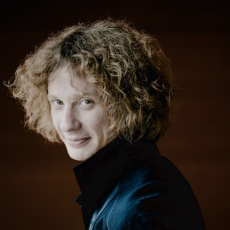