The playing of the Scottish Chamber Orchestra’s wind section was a highlight of Robin Ticciati’s recent recording of the Brahms symphonies (4/18), so I was delighted to receive this disc for review, even if Beethoven himself felt that none of these works belonged in his top drawer. Never mind the opus numbers; everything here comes from the composer’s early years. Beethoven sheepishly told his publisher that he’d scribbled the Sextet in a single night – an unlikely story. Still, it’s a lively and light-hearted piece of Harmoniemusik, and the SCO wind band play it crisply, finding a happy balance between bucolic vigour and expressive delicacy. I wish the Adagio had a bit more breadth – it moves more like an Andante – but otherwise I find the musicians’ exuberance irresistible. Listen to the way they swagger and swing through the Minuet, for instance.

The Duo (the first of three) was published in Paris in the first decades of the 19th century and scholars have come to doubt its authenticity. In any case, it’s the kind of work that’s probably more fun to play than to listen to, and while clarinettist Maximiliano Martín and bassoonist Peter Whelan appear to be enjoying themselves, their attempt to keep the music light on its feet can come off sounding clipped. I prefer Charles Neidich and Dennis Godburn’s mellifluous account (Sony, 8/94), part of an identical programme with the period instrument ensemble Mozzafiato. Mozzafiato are more leisurely and lyrical than the SCO in the proto-Schubertian Rondino, but the latter make the most of the work’s exquisite chiaroscuro harmonies. The Sextet, too, is marvellously done here – fluent, articulate and sensitively shaped, with delicious interleaving of phrases in the rambunctious finale. And I like the way Linn’s engineers have the March begin at an aural distance, with the musicians gradually approaching, although I think this would have been more effective if placed at the programme’s start instead of at its end. 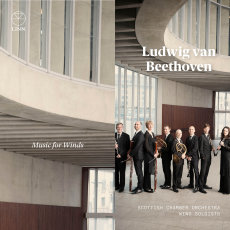 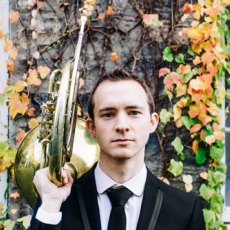 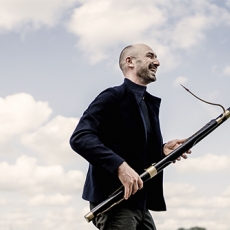