An early victim of COVID-19 was the British raconteur and comedian Tim Brooke-Taylor. Star of spoof panel games and TV sketch shows, he also served for a time as Rector of the University of St Andrews in Scotland, and, possibly drawing on this tenuous Scottish link, Scottish Opera invited him to provide narrations for their 2015 Edinburgh festival production of Gilbert and Sullivan’s H.M.S. Pinafore which took the place of the usual chunks of spoken dialogue. It may be that G & S purists hold their collective hands up in horror at the idea of Gilbert’s delicious prose replaced by a comedian giving a précis of the story and adding commentary of his own, but Brooke-Taylor had an easy and sympathetic delivery which would have charmed all but the most frightful G & S bores, and certainly did its magic on the live audience for this recording, who gave him a generous round of applause after his final narrative interjection. Although this recording, originally made and broadcast by BBC Radio 3, has been available as a double CD from Linn for five years, and was reviewed by Raymond Walker then (review), Brooke-Taylor’s death in April 2020, gives it an added poignancy today.

It is good to have Gilbert and Sullivan treated with all the vigour and intensity of a proper operatic production, and not sent off into a kind of musico-comedy hinterland where third-rate musicians and in-jokes rule the roost. G & S is the stuff of amateur dramatic societies across the UK (and beyond), and it serves a very useful purpose for them, but in so doing, it blinds us to the real musical genius of Sir Arthur Sullivan. I recall a particularly snobby tutor at university being played an extract from Sullivan’s “Irish” Symphony; unaware of the composer, and unable to guess, he declared “it sounds like Brahms on a good day”. Sullivan may be known to most today as part of the Gilbert and Sullivan franchise, but, brilliant as Gilbert’s libretti were, Sullivan’s music elevated them still further, and in this excellent performance from the Scottish Opera under the immaculate direction of Richard Egarr, we can recognise the sheer quality of the music in its own right, rather than as hummable settings for amusing words. In terms of orchestral and choral sound, this is top notch, rich, beautifully prepared, and polished to the nth degree, complemented by a very fine recorded sound.

Of the soloists, I am most impressed by Hilary Summers as Buttercup. Her rich, robust and decidedly fruity voice seems absolutely right for the part, and vocally she fully lives up to the description of her as “plump and pleasant”. Andrew Foster-Jenkins is also outstanding as Captain Corcoran, finding that elusive mix of stature and personability (superbly conveyed in a splendid delivery of “I am the Captain of the Pinafore”) which makes the improbable denouement of the opera almost believable. Both Toby Spence (as Ralph) and Elizabeth Watts (as Josephine) bring freshness and a sense of youthful eagerness to their roles, and Neal Davies as Dick Deadeye is just right. My only slight disappointment is with John Mark Ainsley, who is the one voice which seems to recall all those over-the-top G & S productions of the past. With a vocal delivery which has both a whining and sneering edge, he makes it all sound rather melodramatic, turning the pompous, stuffy Sir Joseph Porter, into something not far removed from a pantomime villain, That said, he delivers his lines beautifully and, as with the entire cast, the diction is so immaculate and clear that the absence of a libretto from the booklet is no problem at all. 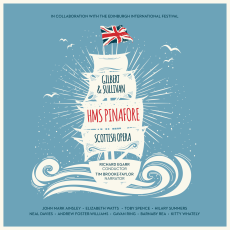 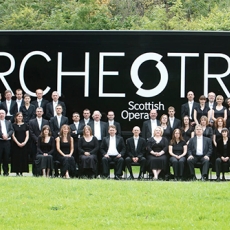 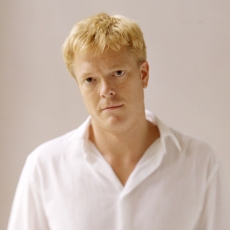