Simon Trpčeski is a well known classical pianist, with accolades such as playing with world renowned orchestras, recording all of Rachmaninov’s piano concertos, and receiving the first National Artist of Macedonia award. However, his latest album, Makedonissimo, is about as far from a classical piano recital as one can get.

The project began in 2017, with Trpčeski setting the goal of writing 80 minutes of music dedicated to, and in honour and remembrance of, his Macedonian family, people and upbringing. He named the project ‘Makedonissimo’, meaning ‘very Macedonian’, and what better composer to collaborate with than Pande Shahov, the man responsible for these raucously compelling arrangements of traditional Macedonian folk music. Trpčeski selected six ‘plaits’ of Macedonian dances, assisted by the ‘Marko Cepenkov’ Institute of Folklore, which were then transcribed and arranged for quintet by Shahov.

Shahov also grew up and studied in Macedonia, initially at the Ss. Cyril and Methods University’s Faculty of Music in Skopje, followed by a master's diploma at the Royal College of Music, London, and finally completing a doctorate at Royal Holloway University of London, while also having private tuition in jazz harmony with renowned composer Ilija Pejovski.

Accompanying virtuosic pianist Trpčeski is a quartet of equally virtuosic Macedonian musicians, Aleksandar Krapovski (violin), Alexander Somov (cello), Hidan Mamudov (clarinet, saxophone, kaval) and Vlatko Nushev (percussion). As Trpčeski notes in the CD insert, this quintet group could rather amusingly be categorised as chamber music, however when listening you are helplessly transported to a joyous celebration of the Macedonian folk tradition with dancing, feasting and all round merriness rather than the sombre silence of an 18th century aristocrat’s drawing room. For me the timbre of the reeds and strings conjured up an image of a rural medieval celebration, though admittedly tamed somewhat by the maturity of a skilled composer.

Shahov’s characteristic soundscape featuring an intricate combination of jazz harmony, impressionist timbres, and his Macedonian heritage is evident throughout this six movement cycle. Each movement, or ‘plait’, comprises of multiple dances, each dedicated to a different time signature or metric pattern from the Macedonian folk tradition. I think the sheer variety and range of rhythmic patterns on display is a large part of what makes this album so inescapably enjoyable. Gone are the regular rhythms and rules that construct, and constrict, so much of the classical music tradition. Instead, Shahov offers us a fascinating combination of ethereal folk melodies, virtuosic jazz riffs and harmonies all tied together with astonishing rhythmic complexity.

I am listening to the album produced by Linn Records on CD, played on the Primare BD32, through Van Den Hul ‘The Rock’ cable, into the Ming Da Dynasty Octet integrated valve amplifier, and through Van Den Hul Dm32 cable and into Opera Grand Mezza floor standers. What I notice comes across beautifully is the range of percussion played by Vlatko Nushev, from accomplished vibraphone solo moments to the complex drum kit passionately driving the unstoppable beat forward. The resonance and natural timbre of each instrument is wonderfully captured, never overpowering each other, but all working together in a manner characteristic of all folk styles. This is by no means a piano solo disguised as an ensemble piece, and after listening to the album four or five times on various systems, headphones and from various sources, I’ve found myself noticing many different moments where each instrument truly shines through. A personal favourite of mine is track three, ‘Berovka’, beginning with imposing Rachmaninov style stab chords, followed by the introduction of the semiquaver based dance melody on violin, which then gradually builds its speed and texture, driven by the flawless brush playing on drum kit.

As a musician myself with a deep interest in world, folk, and jazz music, I cannot rate this groundbreaking album highly enough. In the space of a few weeks I have gone from having never heard Macedonian music, to having it saved on streaming platforms, looking at other works by Trpčeski and Shahov, and this album itself has scarcely left my CD player. Album reviewers adore the phrase ‘life affirming’, scattering it so liberally across their magazines and websites that it has lost much of its meaning, however in this instance I firmly believe that Makedonissimo deserves this description, and I sincerely hope these musicians collaborate again on a future project. 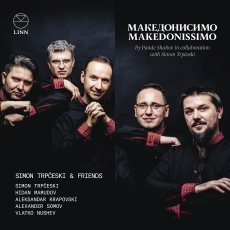 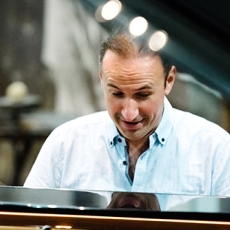 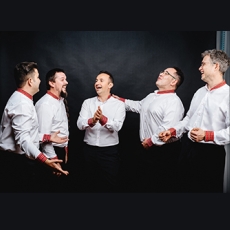