This new Alpha release is an engaging and thoughtful exploration of Viennese music at the beginning of the 20th-century. The program of course includes compositions and arrangements by Berg, Schoenberg and Webern, the three major composers of the Second Viennese School. But the album “enlarges” the school roster to include Korngold, Zemlinsky and Mahler, each of whom was an important member of the musical life of fin-de-siècle Vienna.

The recording opens with Korngold’s “Piano Trio in D Major,” written when the composer was just thirteen years old. Dedicated “To my beloved father,” the work is astonishingly assured, moving between impassioned discourse and gentle lyricism. While certain passages are reminiscent of other composers (Brahms and Strauss in particular), the harmonic fluidity that is such a central part of Korngold’s mature style is readily apparent.

Zemlinsky’s “D-Minor Trio” for clarinet, cello and piano follows, and the influence of Brahms is obvious. In 1896, the older composer criticized Zemlinsky’s first string quartet for “harmonic wildness.” Zemlinsky took Brahms’ comments to heart and later that year submitted this trio to a composition contest held by the Viennese Society of Musicians Chamber Music. The work won third prize and Brahm’s approval, perhaps in part because it uses the same instrumentation as the older composer’s Op. 114 Clarinet Trio.

These two opening works are chromatic yet tonal, contrasting brooding darkness with a hopeful light. Both works can seem overly long if the performers lack a deep understanding and connection that enlivens the constant interplay with one another. Eric Le Sage and Zvi Plesser prove to be exceptional partners to Daishin Kashimoto and Paul Meyer, reveling in that interaction as they discover every melodic and harmonic nuance. On one or two occasions, the recorded violin sound in the Korngold becomes somewhat harsh, but Meyer’s clarinet timbre is consistently warm and velvety.

Emmanuel Pahud’s two Mahler song transcriptions are played with luscious tone and faultless intonation, but in a program meant to display how these composers influenced and inspired one another, it is counterproductive to perform Mahler songs without their texts. Mahler was a gifted and sensitive text setter, and his accompaniments are essential to conveying the meaning and mood of the words. Despite Pahud’s excellent playing, these songs without words are missing an essential aspect of Mahler’s compositional brilliance.

Alban Berg’s “Piano Sonata” and “Four Pieces for Clarinet and Piano” are performed with impressive technical mastery and musicianship. In many ways, Berg’s one-movement Sonata bridges the gap between the late Romantic and Expressionist styles. Leighton Jones, in his recent review of Seong Jin-Cho’s recital [SEE HERE] described Berg’s work as “a curious work, full of oxymorons.” Jin-Cho’s performance, as well as Peter Donohue’s on Warner Classics, is more successful at illuminating the Sonata’s structure while simultaneously putting across the music’s frenzied emotions. In “Four Pieces” Meyer and Le Sage find a wide variety of colors to create and maintain the mood of each miniature. Their performance of the fourth movement (“Langsam”), is particularly touching.

The recording ends with two transcriptions: the Adagio movement of Berg’s Chamber Concerto, followed by Schoenberg’s first chamber symphony. Both works were originally scored for 15 instruments, but Berg produced a reduced scoring of the Adagio for clarinet, violin and piano in 1935. Anton Webern made a reduction of the Schoenberg symphony for quintet in 1925. Both works receive performances of absolute conviction, great beauty and deep feeling. In neither work does the instrumental reduction cheat the music of its expressive depth and power. Instead, it creates a heightened intimacy that immediately engages and never lets up. Moreover, for listeners who find the original orchestrations unremittingly dissonant, these lighter versions may allow you to discover the originality and beauty of both works.

The notes by Nicolas Southon are informative and the recording is very fine, the various instrumental groupings always well balanced. The combination of exceptional music-making and thoughtful programming will reward repeated listening – recommended. 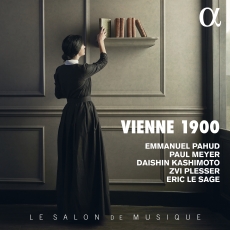 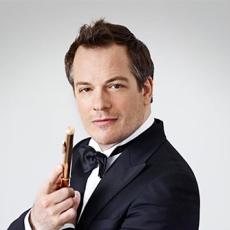 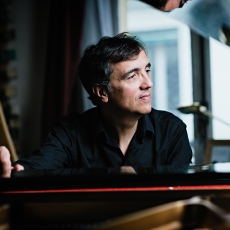