It’s extraordinary to think that the congregations at Bach’s churches would have regularly expected the musical quality represented here. These three cantatas are in effect musical dramas, each taking its listener on a transformative journey from pain and suffering to joy and hope (how appropriate today as, all being well, we start to emerge from this pandemic).

Written in 1727 during his first years in Leipzig, Ich habe genug for solo bass voice and ensemble is one of Bach’s most emotive cantatas with its three staggeringly beautiful arias. As with all their releases, John Butt and the Dunedins approach the scores from a scholarly angle (Butt’s approachable notes guide us through various musical and liturgical considerations) but it’s the heart rather than the head that informs their music-making. Bach’s sighing figuration in Ich habe genug’s opening aria is beautifully, subtly phrased – bravo oboist Alexandra Bellamy and those expressive strings – while bass Matthew Brook’s rich tone underlines the anguish and sounds a reassuring solidity in the final triumphant bars.

Brook is equally emotive in 1726’s Liebster Jesu, mein Verlangen BWV 32, but it’s soprano Joanne Lunn and, again, Bellamy who steal the show as the Soul desperately seeks Christ, each exquisitely countering the other.

One of the few cantatas dating from Bach’s time in Mühlhausen (1708), the ‘Actus tragicus’ was composed for the funeral of a relative and leads the listener from Old Testament grimness to the joyousness of salvation. The one-to-a-part approach works well, bringing Bach’s dazzling counterpoint into welcome relief. 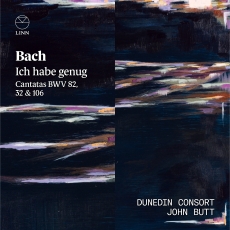 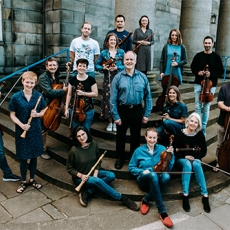