Chopin's Nocturnes were written at various stages between about 1830 and the final brace (Op 62) in 1846. They are generally grouped together and often form pairs in neighbouring keys (Op 15, F and F-sharp major; Op 27, C-sharp minor, D-flat major), offering subtle differences in character; the tritonal opposition of C minor and F-sharp minor (Op 48) is as rare as Op SS's conventional E and B major. Jim Samson's booklet traces the Nocturnes' history chronologically, pair by pair, starting with the E minor Op 72/1(c1830) and the three Op 9, completed the following year. It is curious, then, that Ingrid Fliter chose to re-sequence the 20 works, omitting the late, posthumously published C minor. As a result, this is not a complete survey, unlike Goerner's (Alpha) or Hewitt (Hyperion). Sometimes, pieces with similar keys follow one another, such as the B major Opp 32/1 and 9/3 (Disc 1 tracks 2-3), but not Op 62J1 (Disc 1, track 9, sandwiched between Op 32/2 in A-flat major and Op 72/1 in E minor); or the two E-flat major Nocturnes, Opp 9/2 and 55/2. While the connections, tonal and musical fascinate, I cannot help thinking that she should have trusted Chopin's judgment more. - - - As to Fliter's playing and the individual interpretations, these are on the whole fluent and smooth. Fliter highlights the contrasts in mood between the individual Nocturnes, which her chosen sequence was presumably designed to do. It may also have determined some unusual interpretative decisions in terms of tempi and dynamics, likely to divide opinion. With lovely sound from Linn, this is a well-produced, well-thought-through survey, even if not displacing the finest interpreters such as Arrau (Philips), Pires (DG) or Hewitt. 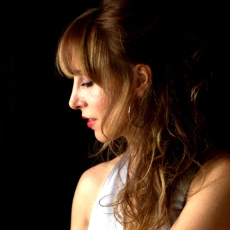