The recording's title may be French Connections, but its gay connections are more readily apparent. Not only does this thoughtfully constructed recital contain song cycles and songs by four gay composers - Francis Poulenc (1899-1963), Lennox Berkeley (1903-89), Benjamin Britten (1913-76) and Jake Heggie (b. 1961) - but it also showcases the work of an out gay tenor, John Mark Ainsley, and his superb accompanist/collaborator, gay pianist Malcolm Martineau.

Berkeley, who was Britten's lover before the latter found his life partner and vocal muse in tenor Peter Pears, is represented by his Five Poems of W.H. Auden, Op. 53 (1958). These beautifully crafted settings of works by Auden, the gay poet whom Berkeley met through Britten, seem to have appealed more to art-song connoisseurs than to Britten himself, who was less than overjoyed when other composers set the texts he had claimed as his own. Berkeley's most audacious act was to set "Carry her over the water," which he lifted from Auden's libretto to Britten's early operetta Paul Bunyan. Not the best way to rekindle an old flame.

It was Auden who first cultivated Britten's appreciation for the works of poet and Church of England cleric John Donne. The dark-hued pessimism of Donne's metaphysical sonnets deeply spoke to Britten just months after the war ended in 1945, when he and violinist Yehudi Menuhin visited the Bergen-Belsen concentration camp.

Britten's nine-song cycle The Holy Sonnets of John Donne, Op. 35, was composed with Pears' voice in mind, and images of emaciated frames and rotting corpses of concentration camp prisoners in Britten's head. The songs, which reflect the composer's struggle to reconcile his Catholic faith and pacifism with the suffering that overwhelmed him, are anything but a comforting listen. Nonetheless, Ainsley and Martineau do such a wonderful job with them that it's hard not to be stunned by their brilliant word-painting and sympathetic response to Donne's bleakness. Few if any tenors can fully embody the sickly hollowness and empathy of Pears' uniquely haunting voice and spirit, but Ainsley comes close. It's a masterful performance.

Poulenc turned to surrealist poet Paul Eluard, who was ultimately scarred and animated by two World Wars, when he assembled the nine-song cycleTel jour telle nuit (What a day, what a night) in 1937. The lyrical beauty of the music, which contrasts with some of Poulenc's glibber work, is breathtaking.

Tel jour telle nuit was written for Pierre Bernac, the high-voiced gay baritone (baryton marton) for whom Poulenc wrote some 90 of his songs. Ainsley sings the cycle with great care, if not with the mixture of elegance, grace, and refinement that were Bernac's hallmark. This is gorgeous music, extraordinarily expressive, that cries out to be performed more frequently.

Finally, there is our own gay Jake Heggie (b. 1961), whose four-song cycle Friendly Persuasions (2008) sets text of his frequent collaborator, Gene Scheer. An homage to Poulenc, the short cycle is dedicated to Malcolm Martineau, who gave the world premiere with John Mark Ainsley in Wigmore Hall in 2008. As such, the recording is definitive.

Scheer isn't gay, but you'd never know it from his sympathetic, oft-witty response to Heggie's desire to pay tribute to Poulenc's gay world. The first song addresses Poulenc's friendship with harpsichordist/teacher Wanda Landowska, and her impatience at his delay in completing the concerto she has commissioned. The delay is attributed to Poulenc's attraction to a man. The second song pays tribute to Bernac, who insisted late in life that he and Poulenc created many of their songs together. Then comes Raymonde Linossier, whom Poulenc once considered marrying. Finally, bringing the cycle and recording full circle, comes a tribute to Eluard.

Not only does French Connection contain several brilliant song cycles, expertly performed, but it also introduces us to an artistic milieu that dominated Western Europe for over 30 years. Highly recommended. 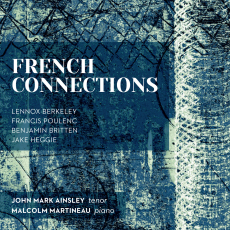 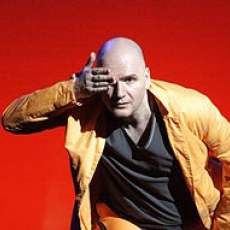