Short-lived though he was, Gabriel Dupont (1878-1914) earned the admiration of his teachers and contemporaries. The former included Massenet, Vierne and Widor. In 1901 he beat Ravel to the second prize in that year’s Prix de Rome and despite his worsening TB he managed to complete a portfolio of works of which those for piano (review) and song have been heard in recent years. But this revelatory disc is the first to be devoted wholly to his surviving orchestral music

There are three works, the earliest of which is the 1899 Jour d’Été, cast in three movements, and initially described as a symphonic poem, a title later modified to ‘esquisse symphonique’. The scenario was Duport’s and the commission came from the city of Nancy, the head of whose conservatoire was Ropartz. There’s an aura of innocence and joy about much of this music, a few brief moments of concordance with Strauss, perhaps, and these efflorescent moments are countered by the Massenet-like idylls that Duport evokes in the central panel. Clearly, he still cleaved close, in these respects, to his earlier teacher and he is a succulent orchestrator too. In the final section, for example, a fast-moving Nocturne, his musical brush is aqueous. Commentators at the time seem to have been unconvinced by the stylistic variety Duport presented here and that may well be true but there’s some really vivid and exciting writing to be heard from a composer of obvious and very real promise and talent.

Les Heures dolentes followed in 1903-5, written originally for piano and orchestrated in 1906. In 1913 he added an extra movement (Le soir tombe dans le chamber) that had been orchestrated by Alphonse Catherine, a slightly older musician. It has autobiographical clues, given that he was trying to recuperate from the illness that was to kill him a decade later. There are some ominous tick-tocks in the opening expansive section, a death-enveloping melancholy with glowering basses creating an intense effect. The movement marked Des enfants jouent dans le jardin is a kind of scherzo, a childlike frolic, a moment of levity between scenes of darkness and, in due course, in the sepulchral third section individual instruments emerge for monologues in the context of an impressionist drift – deft, precise, ominous. The finale gives no reprieve; percussion rings out, the brass is terse and baleful and unremitting. The work ends in no doubt as to primacy of Dearth. Though its means are clearly French there’s something Lisztian about the form and the power of this gripping, unsettling work.

The strongly chromatic Le Chant de la Destinée followed in 1907. It was a commission from Édouard Colonne who compared it favourably with the music of Richard Strauss. And Edgar Varèse, no less, programmed and conducted it several times, not least in Prague in 1914 and at his New York debut in 1919. It’s a passionate, powerful and sometimes overwhelming work, sinewy in construction, melancholy in places, vehement throughout with a brief percussion outburst that allows the music to end in a rather uneasy quiet.

This is powerful music from a pretty much unknown composer. His modern-day champions in Liège under Patrick Davin play with passionate control, conveying both the intensity of his writing but also the structural underpinning that allows the emotions such poignancy and vehemence. 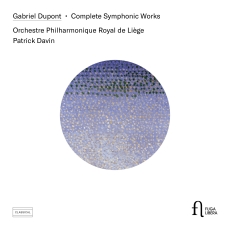 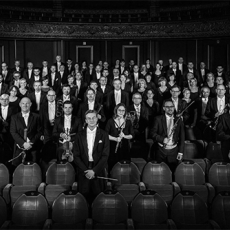