‘This CD showcases the qualities of the Camerata Bern, with which I have worked for several years now’, Patricia Kopatchinskaja writes in a booklet note for this new album with her regular collaborators, and in some ways it is indeed as much about them as about her. Two of the main works were Camerata commissions: Sándor Veress’s Musica concertante was written for the newly formed ensemble in 1966 (Veress, an exile from his native Hungary, lived and taught in Berne); Francisco Coll’s Les plaisirs illuminés, a double concerto for Kopatchinskaja and Sol Gabetta, was premiered by the Camerata in Germany last year. They’re separated by Ginastera’s wonderful Concerto for Strings and miniatures by Bartók, Veress’s teacher, and his pupils Kurtág and Ligeti.

Musica concertante and Ginastera’s Concerto are both concerti grossi, which allows Kopatchinskaja to take on the roles of concertante soloist, section leader and indeed director, as both works, following Camerata Bern tradition, are given without a conductor. As such, she is very much part of an ensemble of equals, and the playing throughout is superb in its focus, precision and concentration. Bartók’s influence looms large over both works, though Veress’s pared-down, Bach-like austerity contrasts with Ginastera’s flamboyance. The central ‘Méditation’ of Musica concertante achieves emotional profundity through the sparsest of means. Concerto for Strings culminates in a Finale furioso with overtones of The Miraculous Mandarin that is simply electrifying.

Les plaisirs illuminés, meanwhile, takes its title from a 1929 painting by Salvador Dalí, linked to the Dalí/Buñuel film Un chien andalou (it was reproduced in the first published edition of the shooting script), and Coll’s complex textures have a glistening, viscous quality that approximates in sound the uneasy slipperiness of Dalí’s work. It pushes Kopatchinskaja and Gabetta to their technical and expressive limits in a sequence of closely woven, rhythmically exacting dialogues, punctuated by echoes on occasion of Berg and flamenco. At its centre is a beautiful ‘Wiegenlied’ that forms the first of its two slow movements and the work’s emotional kernel. It was considered too difficult to perform without a conductor, so Coll conducts it himself with admirable care.

The miniatures, meanwhile, find Kopatchinskaja playing duets and trios with Camerata soloists with understated dexterity, and she also has two effective encores. Coll’s LalulaLied, written for her to sing as well as play, sets nonsense verse by Christian Morgenstern as a series of ululations that hover in unnerving territory between childishness and mania. The second, Camerata’s Birds, is an improvisation that reproduces the sound of birdsong with a naturalism that is extraordinary and, like so much on this album, completely mesmerising. 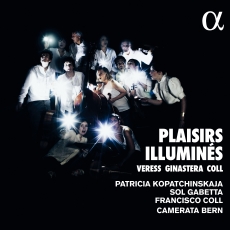 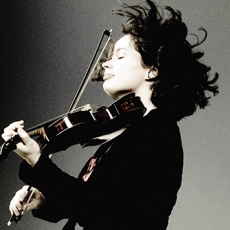 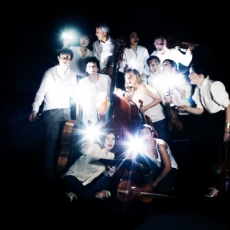