Georges Bizet was 17, and a student working on a piano reduction of Charles Gounod’s symphonies, when he wrote his own solitary Symphony. Which then lay undiscovered for 80 years, until a musicologist found it in the vaults of the Paris Conservatoire.

It rivals Mendelssohn’s Midsummer Night’s Dream overture as the finest orchestral work composed by a mid-teen, and is arguably ahead of anything Mozart had achieved by then.

Here it secures from François Leleux and the Scottish Chamber Orchestra a suitably exuberant and boisterous performance, characterised by perky woodwinds (with an especially eloquent principal oboe making the most of his extended solo in the slow movement) and supple, athletic strings, particularly good in the bouncy Mendelssohnian finale, even if at times the first violins sound a bit thin.

Like Mozart, Bizet died in his mid-30s, so had no real time for full maturity. But his last work, Carmen, represented here by the Suite No 1, shows how much he had come on in the two decades left to him after completing the Symphony.

Not to be overlooked. 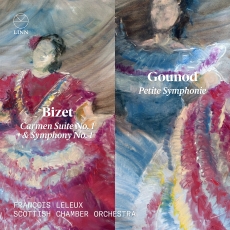 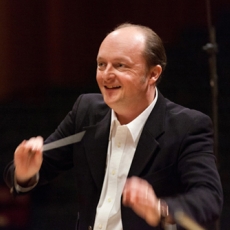