Sometimes, not for lack of trying, I miss the best recordings, at least the first time around. Fortunately, record companies often rerelease their best material, as Linn Records did here with their recording of Mendelssohn's Violin Concerto, Hebrides Overture, and Scottish Symphony with Joseph Swensen and the Scottish Chamber Orchestra. The performances and sound are a delight.

Maestro Swensen begins the program with the concert overture The Hebrides (or 'Fingal's Cave'), Op. 26, which German composer Felix Mendelssohn (1809-1847) wrote in 1830 after a walking tour of England and Scotland. Swensen and the Scottish Chamber Orchestra do a fine job capturing the rugged grandeur of the Scottish coast, yet they don't do it at the expense of making the music sound more exciting or more melodramatic than it really is. This colorful yet relaxed approach to the score sets the tone for the rest of the items on the program, Swensen building his drama slowly and carefully, so that when the music does reach its climactic moments, it's all the more exhilarating for it.

Next we hear the Violin Concerto in E minor, Op. 64. Premiered in 1845, it was Mendelssohn's last big-scale orchestral work. Swensen not only leads the orchestra, he plays the solo part in the concerto. In both his conducting and his playing Swensen is passionate about his subject. The violin exudes a sweeter, more-intense feeling, especially in the melancholic areas, than we normally hear. What's more, he seems better able to create a sustained flowing line than most conductors, giving the concerto a strong unifying theme. Under Swensen the music appears more emotionally secure than ever, a great outpouring of soul and sentiment that no doubt reflected both Mendelssohn's severe depression and exuberant confidence at the time of its composition.

Finally, we get the Symphony No. 3 in A minor, Op. 64. Completed in 1842, it would be Mendelssohn's last of five symphonies, even though he published it third and thus the numbering we've got. A visit to the ruins of a chapel at Holyrood Palace in Edinburgh inspired him to write the music. Even though the composer himself referred to the work as his 'Scotch' or 'Scottish' symphony (he couldn't seem to make up his own mind about the title but today we generally refer to it with the more politically correct 'Scottish'), he never directly quotes any actual Scottish folk tunes. Yet there is a distinctly 'Scottish' mood and feeling about the piece that easily reminds us of the Scottish countryside. Of course, that didn't stop Robert Schumann, when mistakenly thinking he was listening to the Mendelssohn's Fourth Symphony, from declaring that the Third perfectly mirrored the Italian landscape.

Anyway, after a relatively dark introduction, Swensen practically attacks the score, breathing life into every note, creating fresh, exuberant energy wherever the music takes him. Nevertheless, despite some zippy tempos, he is flexible enough to make the slower contrasts count, and he never impedes the music's onward course.

Producer Andrew Keener and engineer Philip Hobbs recorded the music at Usher Hall, Edinburgh, UK in July 2002, and Linn Records originally released it on CD and SACD in 2003-04. The company rereleased the CD reviewed here in 2014. The audio is gorgeous, maybe the best sound yet afforded these works by anyone. The sound has depth and breadth, dimensionality, air, ambiance, you name it. If it contributes to the overall realistic effect of this recording, you can find it here. 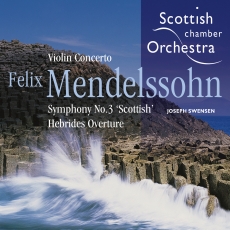 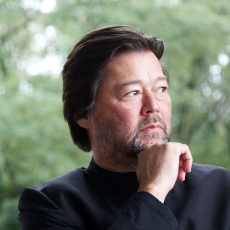