Recording of the Month
Performance: 5*
Recording: 5*

Soprano Elizabeth Watts gets to the heart of Mozart in a sparkling recording of arias and overtures, performed with the Scottish Chamber Orchestra under Christian Baldini.

An interweaving of Mozart overtures and (mostly) well-known arias could be a recipe for the conventional or anodyne, but this disc is neither of those thanks to the fresh approach of its exceptional soprano, orchestra and conductor. It would work as a straight concert, and you can play it all through at one sitting without ever tiring at Mozart's resourcefulness.

She may look demure, but Elizabeth Watts, or rather at least one of her Mozart heroines, can be a tigress when roused: try the bold rasps on 'carnefici spietati' ('ruthless butchers') in the abbreviated recitative to the first aria in Idomeneo.  And you thought Ilia, the sweet Trojan princess, was just a good girl. If that's how Watts started out, this disc shows, and in supremely vivid sound, that a delightful light lyric soprano is on the cusp of becoming something greater. That, and comparisons with the best Mozartians, is probably why it seems a waste to give us a rather indifferent aria, from La finta giardiniera instead of Pamina's 'Ach, ich fühls' or Elvira's 'Mi tradi'. Even Donna Anna would be possible on CD, if not yet (or ever) on stage. Still, we can be more than thankful for what we've got.

That the overtures are as much of a pleasure to listen to as the arias is thanks to the exceptional qualities of the Scottish Chamber Orchestra (SCO) under conductor Christian Baldini - never rushing, usually finding the perfect tempo in common with his and Robin Ticciati's predecessor in perfect SCO Mozart, Sir Charles Mackerras.

Woodwinds are clear and characterful, the approach to Don Giovanni and his Stone Guest is authentically brisk but not lacking in fangs and the strings sound especially bright in the jubilant bells of the Clemenza di Tito Overture.

Our diva has no truck with mere prettiness, just perfect candour as Susanna (The Marriage of Figaro) - she is breathtaking in the last two phrases of an unfussily begun 'Deh vieni non tardar' as she moves into a midsummer night's dream - as Zerlina (Don Giovanni), with exquisite cello obbligato, and as an unusually serious Servilia (La clemenza di Tito). Watt's discreet ornamentation, unforced tone and careful vocal emphasis all seem nigh-on perfect.

The biggest comes last: Fiordiligi's aria 'Per pietà', perhaps the deepest point of Così fan tutte, with, I presume, period-instrument horns (don't worry, they're meant to sound like that). It's the best demonstration of the direction in which one of the UK's most profoundly musical and surprising singers is heading.  For her next recording, Watts has been researching the vocal music of Alessandro (not Domenico) Scarlatti. That should be quite something. 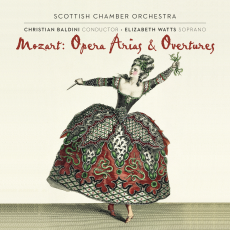 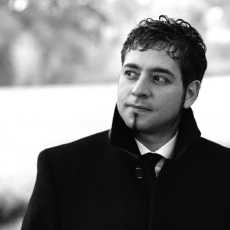