The program of this album, titled “Passions”, is based around extracts from works by Lully and contemporaries, forming what the booklet describes as “an imaginary Opera”. The carefully selected arias, instrumental works and choruses provide a curious, yet balanced and highly engaging sequence.

Soprano Véronique Gens’ voice is characterfully strong, with a purity and light vibrato. She skillfully executes ornaments, maintaining the melodic line. Across her entire tessitura, she has uniform clarity and color, even if not quite reproducing the sonority of her previous recordings. Gens’ chest voice is rich, while her coloratura is vivid and bright, with real security to her intonation. What never fails to impress with Gens is the clarity and pristine execution of her diction, whether it be Italian operas by Mozart or Handel, or in English with Purcell. In any language and style, one can distinguish every word. When in her native French, Gens is at her very best, annunciating every syllable.

There is nothing cautious about conductor Bestion de Camboulas’ tempi, which are vivacious but aptly paced to the music. In orchestral pieces and the accompaniments, the changing moods are well characterized, making them strongly convincing. The continuo is used selectively and appropriately to enhance the textures throughout, as in Lully’s “Entrée des Bretons, Passepied” (track 7).

The sequence of music that makes up ‘Acte III” is all by Lully and is the musical highlight of the album (tracks 10-14). The darker, slower moments contrast with the rhythmic drive to others, and followed seamlessly into Gens’ aria “Enfin, Il, est en Ma Puissance”.

In the arias, Bestion de Camboulas steps back with the orchestra, allowing Gens to be upfront and center stage. Gens’ characterful performances, brimming with vivacious energy, communicative prowess and dramatic presence. This brings arias such as Lully’s “Toi Qui Dans Ce Tombeau” from ‘Ademis’ to life (track 1). The choir — Les Chantres du Centre de Musique Baroque de Versailles, has a bright and well-blended sound, appropriately balanced, with a clean diction that almost matches that of Gens’. This is particularly effective in the two extracts from Lully’s “ Proserpine”, a piece enhanced by the chemistry between the choristers, conductor and orchestra.

Recorded in November 2020 in L’Arsenal Cité Musicale, Metz, the album is nicely engineered. One has to acknowledge the effectiveness of which the continuo group and percussion, the latter particularly important in adding to the operatic drama, are balanced in the overall sound image.

The booklet credits all the musicians and the notes are well-written and informative. Full texts and translations are given, which is always pleasing to see. At a little shy of an hour, the album is a little short, but the musical program and performances are very rewarding indeed. Those familiar with Gens’ recordings will not be disappointed. 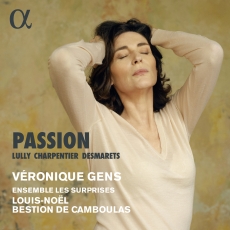 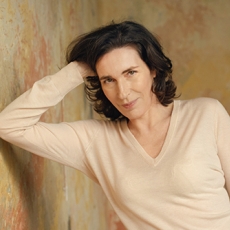