Following in the footsteps of legendary pianists Horowitz and Brendel, and flying into Budapest straight from the finals of the CAG Victor Elmaleh Competition in New York, Chiyan Wong tonight collects first prize in the 40th Liszt Ferenc International Grand Prix du Disque.

Awarded for his landmark debut recording on Linn Records Liszt Transfigured: Operatic Fantasies for piano, “Beyond the dazzling technical polish he brings to these fiendishly challenging pieces, most striking is Wong’s sincerity of purpose” (Gramophone); Chiyan’s recording was met with universal critical acclaim when it was first released in spring 2017 and this award celebrates the very best in pianistic showmanship.

Chiyan will perform Liszt’s dazzling Dante Fantasia in the ceremony on 24 October, which also includes the laying of a commemorative wreath at Liszt’s former home which is now dedicated as a museum to the composer.

Chiyan’s autumn includes a series of recitals and concertos as he prepares a distinctive Lisztian twist for the Beethoven anniversary in 2020. Chiyan will participate in Andreas Haefliger’s masterclass series in Lucerne, and he continues to prepare an exciting recording for Linn Records, The Viennese Trumpet, with Jonathan Freeman-Attwood. The Viennese Trumpet will feature new transcriptions and arrangements of works by Strauss, Brahms, Mahler, Webern and Schubert and will be released in early 2020 as a celebration of Strauss’s 70th anniversary.

This news story first appeared on the Percius website. 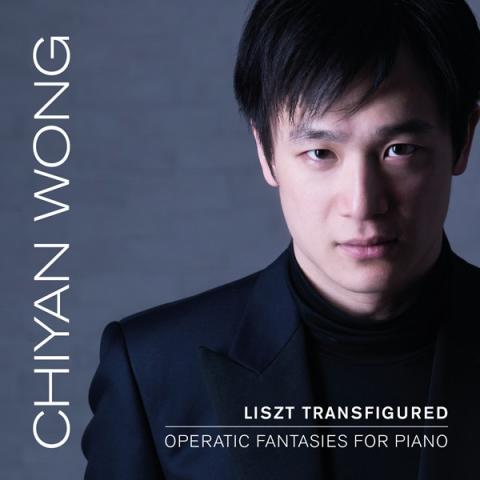 In The Studio: Jonathan Freeman-Attwood

The debut of a new recording partnership.

New accolade for the young pianist