Sometimes the true stature of a living artist can be obscured by the shadow that artist continues to cast across our cultural landscape. This is certainly true of Bob Dylan, who, despite his numerous honors, the library of commentary generated by his work, and his seemingly endless touring, continues to challenge audiences to second and third guess what it is he's really up to.

Dylan's body of work, spanning half a century, is voluminous. It has been covered by a host of artists, from the Byrds (who helped turn him into a pop star) to Harry Belafonte. For the most part, these renditions, worthy as they may be, are trumped by the seemingly definitive versions recorded by the man himself who, so far, remains very much with us.

Enter Barb Jungr. This British chanteuse is cultivating what she herself calls "an obsession" with Dylan's songbook. The thing about Jungr is that she doesn't seem to hail from any of the folk-country-roots-rock precincts usually associated with Dylan. She is simply, yet radiantly, a singer, able, if last Saturday night's performance at The Cabaret at the Columbia Club is any measure, to lend her marvelously supple voice to virtually any musical idiom and make it her own.

Not only is Jungr's instrument formidable, she is also formidably literate. And so her interest in Dylan as poet presented us with a chance not, as Dylan would have it, to be challenged, so much as to gathered in to the multitude of spells created by his grasp of language, story and restless vision.

Jungr may be obsessed with Dylan, but she's no acolyte. As she pointed out during her between-songs commentary, which was, by turns, witty and informative, Dylan is a man of a certain generation - one without much purchase on his feminine side. This makes her angle of approach particularly interesting, fresh and frequently arresting.

She made a compelling case for Dylan as probably the greatest living writer of songs of longing; her performances of such classics as "It Ain't Me Babe," "I'll Be Your Baby Tonight," "I Want You," and "Like a Rolling Stone" made these pieces new. And her encore, a searingly understated version of "With God On Our Side," addressed to the Soldiers and Sailors monument outside the Cabaret's window, was a trenchant masterstroke.

As long as Bob Dylan is with us, it will probably be impossible to know how great he really is. By reimagining his work, making it her own in unlikely but brilliant ways, Barb Jungr is showing us just how mighty Dylan's dimensions are turning out to be. 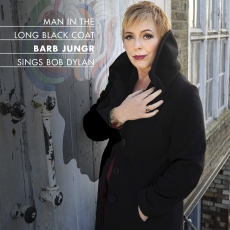 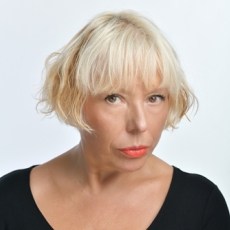